165
Heretic's Collection of Art and 100% Compatible Scripts
Version: 2.0
By: Heretic

This is a Collection of literally every fully realized script I have ever written for RMXP.

It also contains Scripts and other Art Assets written by many other very talented people, with their permission, all working together. There is a MASSIVE amount of content in this package.

Can I claim this Collection features literally EVERYTHING?

This is a list of most of the fully compatible complete Scripts:

Every Script has been given a proper Demo dedicated to the use of that script!

This Collection also contains a huge repository of Music, Sprites, Art, Animations, and Tilesets. I've done my best to include only the Best of the Best!

The Tilesets are fully configured so all you need to do is import the graphic then copy and paste the Tileset into your game!

Numerous Tutorial Events and Event Systems are also provided. This Collection will teach you everything from the most basic things in RMXP to some of the most complex and difficult to pull off techniques. Multiple mapping techniques and styles have been utilized in order to show what can be accomplished by pushing the limits of RMXP.

I've also built a small Mini Game to show off all of the scripts working together in harmony. Can you discover the Secret of the Crumbling King?

Versioning - I put the Version Number at 0.9 because I suspect there are probably still a few bugs left. All the critical bugs that I am aware of have been resolved, but because there are so many scripts involved, there will most likely be a lot of updates. 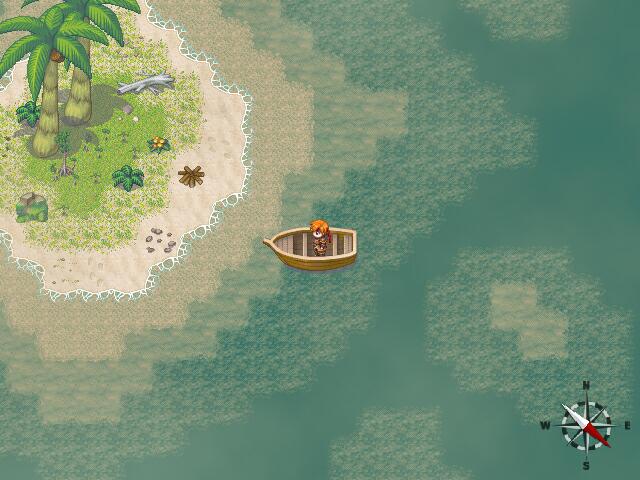 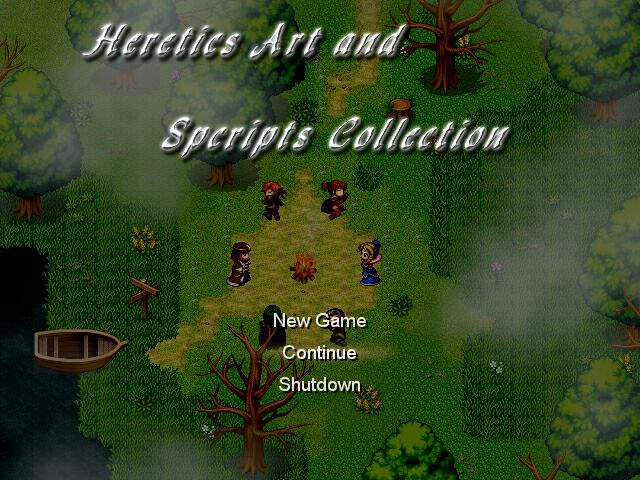 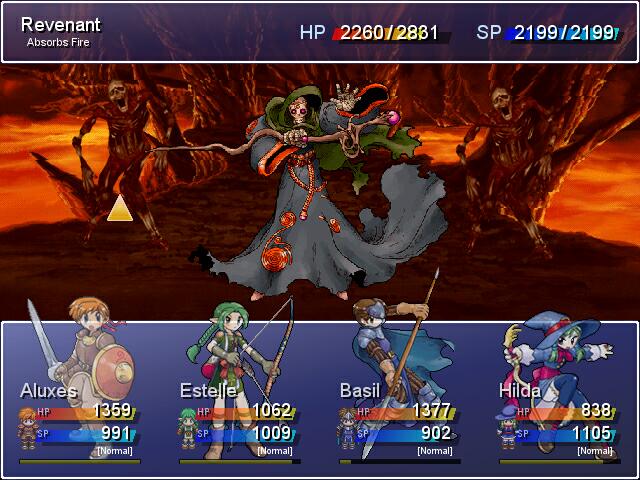 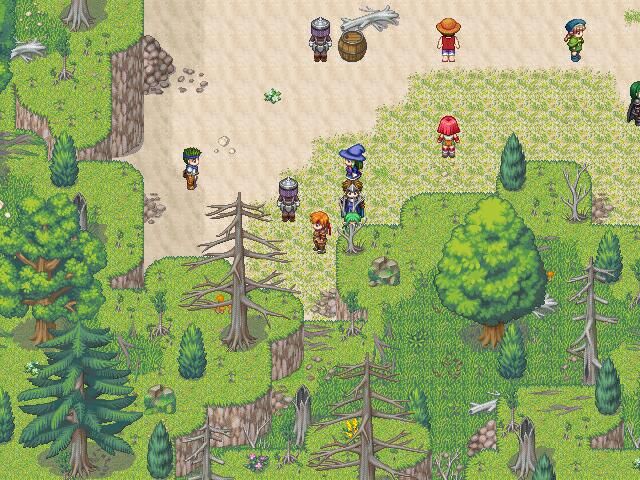 (Animated, give it a moment to load)
Demo

Package contains a large number of Scripts. Due to this, please download the Demo for script access.

Instructions for each individual script are contained within the Demo.

The Demo of this Collection should answer all of your questions. Each Script has been given at least one NPC for demonstrating the functionality of each of the features. The Demo plays somewhat like a Mini Game / Demo hybrid.

SDK is included and some of the scripts are dependant. Most however are not SDK dependant. Every script contained within this Collection is fully compatible with every other script in the Collection. The scripts that I have written, I have made an effort to work either with or without the SDK due to the numerous compatability issues that result from SDK usage.

Individual Scripts are designed to be pulled out and still retain their functionality. You are bound to find at least one or two things that will be extremely useful to you.

Thank you to everyone who contributed to this project. You have been listed in the games Ending Credits screen. If you have not been properly listed, please let me know and I will update asap.

This Collection has taken me several years to put together. I feel there are still many ways to push the envelope even further. If you have anything you would like to add to this project, be it Art, Tilesets, Sprites, Music, or other Scripts, please let me know and we can show off the best of your work as well.

I've uploaded on several other sites, so this is not quite brand new, but should still be extremely useful to just about everyone.

Due to multiple scripts from several authors being used, please refer to any legal sections for the appropriate Terms and Conditions for that script.

Distribution of this Collection is done with the concent of all creators to the best of my knowledge.

So what do you guys think? Anything else you'd like to see added? Find any killer bugs? But most importantly, is there at least one or two things in here that you'd find to be useful?

22
This is simply awesome.

But I'm not able to extract the file for some reason..

1,504
Maybe try re-downloading it? The project extracted just fine for me when I tried it. Just make sure you're not trying to extract it as a .zip file or something. (Then again, executable zip archives kind of disappeared like ten years ago, with the exception of hardware drivers.)

165
Would a Zip version be preferable then?

1,504
It shouldn't be needed. It sounds like a damaged download to me. (For example, their connection might have dropped partway through) If they are able to extract RPG Maker projects they've archived themselves, then yours should work just fine as well.

165
Could be an indication of a virus on their system too...

So what did you think of it? Sure it needs "more" but all projects always need more...

1,504
I haven't actually done much more than dig through the code to see how things ticked. So I don't yet have much of an impression in terms of usability, playability, or anything along those lines. If I get a bit more free time soon, I can definitely check it out, though.

165
I was just hoping for a generalized opinion. This is pretty cool, that has some bugs, this feature is great, that was very useful, etc... Nothing too extensive because I am sure there are still bugs to be ironed out considering the volume of scripts, events, and maps!

131,497
I must have missed this, I've been playing through the demo, and it's really interesting. Got a lot of faith in the scripts themselves if the presentation is that good. Nice work putting this together.

Princess Amy":3fvfbuel said:
I must have missed this, I've been playing through the demo, and it's really interesting. Got a lot of faith in the scripts themselves if the presentation is that good. Nice work putting this together.
Click to expand...

Did you get into the Tomb of the Crumbling King?

(Yeah, some parts do resemble gameplay.)

I've updated this to Version 2.0 due to the addition of FIFTEEN exceptional new scripts, including VEHICLES!

Updated. Added a Scene Transitions Pack script by ThallionDarkshine so you can have Final Fantasy 10 style Transitions into Battles. No other scripts have been changed. Minor update since there are no critical bugfixes or major changes such as occured when Vehicles were added.

Updated. Added a Scene Transitions Pack script by ThallionDarkshine so you can have Final Fantasy 10 style Transitions into Battles. No other scripts have been changed. Minor update since there are no critical bugfixes or major changes such as occured when Vehicles were added.

Features:
* - Very Fast Light and Shadow System
* - Fully Dynamic Lights (sorry, no realtime shadows)
* - Detect if a Character is being Illuminated with "in_light?(id)"
* - Built In Day and Night System
* - Pre Formatted Time in a Game Variable to display with \v[n] - 3:52 PM
* - Separate Indoor and Outdoor Settings (with a Game Switch)
* - Easy to configure Event Lights with Comments
* - Lights can be customized to Flicker either Size or Opacity
* - Smooth Transitions between Day and Night
* - Events and Lights can have different Opacity during Day and Night
* - Built In Game Clock or Sun / Moon Graphic (or both)
* - Highly Customizable, Length of Day, Color of Day, Night and Indoors, etc.
* - Lights can be Rotated
* - Shadows can prevent Lights for rooms and tops of buildings for logic
* - Spotlights point at characters and follow their movements
* - Pendulum Lights swing at the end of Pendulums
* - Standalone Script, should work fine with the SDK and Non SDK
* - Tested with XP Ace on Chaos-Project.com and it seems to work
* - Gluten, Peanut, and Lactose Free
- Heretic's Unlimited Event Page Conditions

New features include Updates to Dynamic Lights and Super Event Sensor allowing Players to use Darkness to hide!

0
Wow! This is amazing!
What is the license of that scripts?
Is it not forbidden to modify them and use in any production (including commercial) as long as authors will be included in credits?

Kriejtor said:
Wow! This is amazing!
What is the license of that scripts?
Is it not forbidden to modify them and use in any production (including commercial) as long as authors will be included in credits?
Click to expand...

That is correct. Just give me credit and it is free, even in commercial games. You may make modifications to the script since things need to be tweaked to work with other scripts.
You must log in or register to reply here.