Welcome to HBGames, a leading amateur game development forum and Discord server. All are welcome, and amongst our ranks you will find experts in their field from all aspects of video game design and development.
Log in Register
You are using an out of date browser. It may not display this or other websites correctly.
You should upgrade or use an alternative browser.
Resource icon 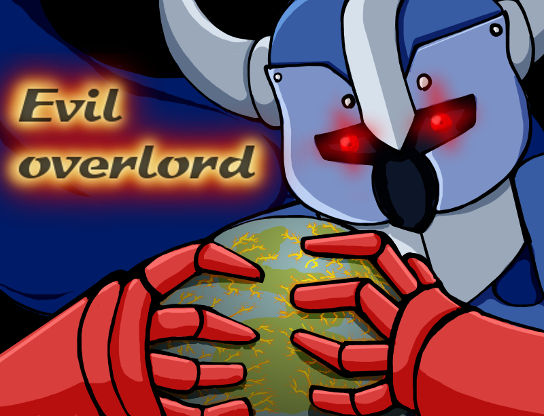 Imagine if there was a country where the ruler was a tyrant, an overlord which ruled over a desolate wasteland with an iron fist. That he had built himself a great castle gathered a legion of shady looking minions and amassed a great treasury which could be envied by many.

Imagine that you are the heir to this throne and while you prepare yourself to usurp your father (like the local tradition is) the castle is attacked by “the Alliance” a group of city-states that have allied themselves to rid themselves of your father and all his followers.

It is now up to you and your faithful butler to unite the remnants of your father’s legion (and perhaps gain new allies on the road) and get your vengeance on your enemies by crushing them under your feet (Or just feed them to your hungry hordes.)

The world is populated by humans, humanoid creatures and monsters. It is filled with swords and magic. Though for the most part, you are not fighting the monsters, you are in fact trying to continue their survival as the humans sure won’t do any of that.

Some time before the game starts, there was a somewhat peace between “minion-kind” and the humans. Sure, there would be some minor fights, but human cities were able to trade with the outlying monster villages without trouble. Though, after the “Alliance”, the villages have been burnt and the monsters scattered into the depths of forests and caves where they could be safe.

Other things:
The world is on a medieval level of technology. The occasional flint lock pistol may exist, but they are not mass produced. Magic on the other hand is a lot more used.
There have been several kingdoms in the past that have risen and fallen, thus leaving behind ruins that can be explored for the courageous adventurer (provided that they are ready to take the consequences of disturbing whoever sleeps in forgotten tombs.)
Each “nation” is ruled by a leader which owns the biggest city in that particular area.

It is a monster eat monster world, where only the strong and clever survive.
Reactions: Ellie